Wallace grew up on the family farm in Comrie, Perthshire.  He was educated at Morrison’s Academy in Crieff, to then begin undergraduate study at Augusta State University in Georgia, USA. Wallace graduated with honours in Business Marketing.

In 2009, Wallace marked the beginning of his professional golfing career, following an already established amateur golfing career, which encompassed an impressive catalogue of achievements in 2008 and 2009.   Wallace’s progress however, was temporarily disrupted by a left shoulder injury in 2010 to 2011, from which he made a full recovery.   Following the injury, Wallace then struck back and won on the EuroPro tour at Mar Hall Scottish classic in 2012 and secured his European challenge tour card for 2013.  Full playing rights were obtained on the challenge tour in 2013, 2014 and 2015 consecutively.

Due to personal loss, Wallace struggled to meet his expectations for the most part of 2015 and 2016. He felt like he had turned the corner during the winter of 2016 and he was proven right when he picked up his first win in five years in Portugal at the end of January 2017.

At the end of 2017 he had to have his left shoulder re-operated on. This left him out of golf for all of 2018 and most of 2019 but turning a negative into a positive, he took the opportunity to become the Head Professional at Pitlochry Golf Course, running the pro shop and carrying out all the coaching from April 2018 to April 2019. He is continuing to coach at Noah’s Ark Golf Centre in Perth, along with trying to get back to full time competitive golf.

Wallace’s love of sport also runs profoundly through the Booth family.  His father competed at wrestling during the 1966 Commonwealth games, winning a silver medal - a sport Wallace also has competed in winning the title of ‘The Aspull International U18's Open in 2002. His mother was also very sporty and a very good netball player. His sister Carly is also a professional golfer on the ladies European tour and his brother Paul represented Great Britain at powerlifting during the Special Olympics held in Los Angeles, 2015.

VSP works with individuals, groups, educational establishments and professional sportsmen and women to promote good mental health practice throughout the whole of Scotland.

Stuart Barton is one of the world’s top physiotherapists. He has practices in Fife and Edinburgh, was for 12 years the physio for the Scotland rugby team, helped rehabilitate hundreds of players, and was in attendance for a record 101 international Test matches.

Whats in the Bag?

Discover what the pro's play with! 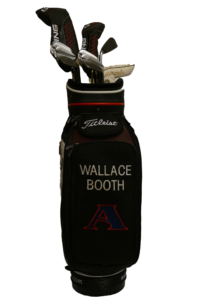 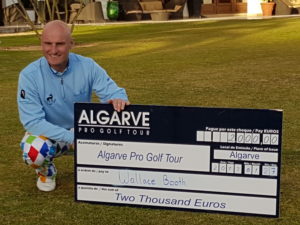 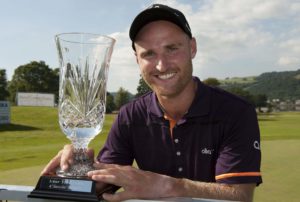 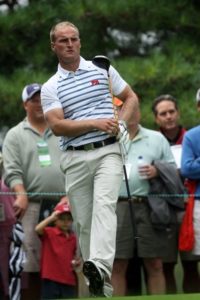 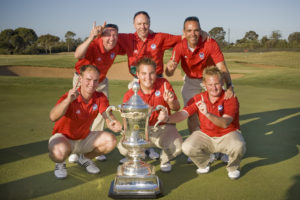